Six homeless people from the “Homeless Project” facility in via Conte Fazio (managed by the Health Society of the Pisan area, from the “Il Simbolo” and “Arnera” Cooperatives), assisted by four operators, will be involved in the organization of the Pisa Marathon. From 6 am to 16 pm on Sunday, the garrison around the perimeter of the Homeless Project structure in via Conte Fazio will alternate: they will take care of the arrangement of the barriers, of traffic management and will give the athletes route directions. In addition, the permanent events committee of the CTP2, of which Homeless Project is part, organized activities for children in the courtyard of the center of via Conte Fazio in order to entertain them during the waiting times of the marathon.

Rare Partners supports research to Usher syndrome – “Run4Usher”, a genetic disease that causes deafness at birth, associated with retinitis pigmentosa that progresses to lead in most cases to complete blindness in a few decades of life. 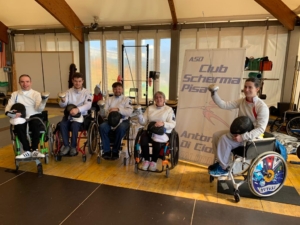 ClubThe Club Scherma Di Ciolo was born and structured in Pisa thanks to Antonio, the first great Ludi Magister.
He trained and launched dozens of athletes to Olympic and world successes.
Pisa Marathon collaborates and supports the Paralympic fencing project. 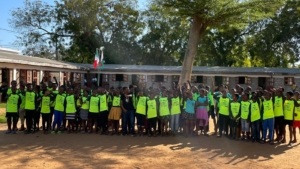 We are convinced that only by growing in freedom can we create a new world.

We operate with distance and on-site adoptions with education projects

Your future is in our hands.