The Moroccan Jamali and the Croatian Sustic the winners

The Moroccan Jamali and the Croatian Sustic the winners 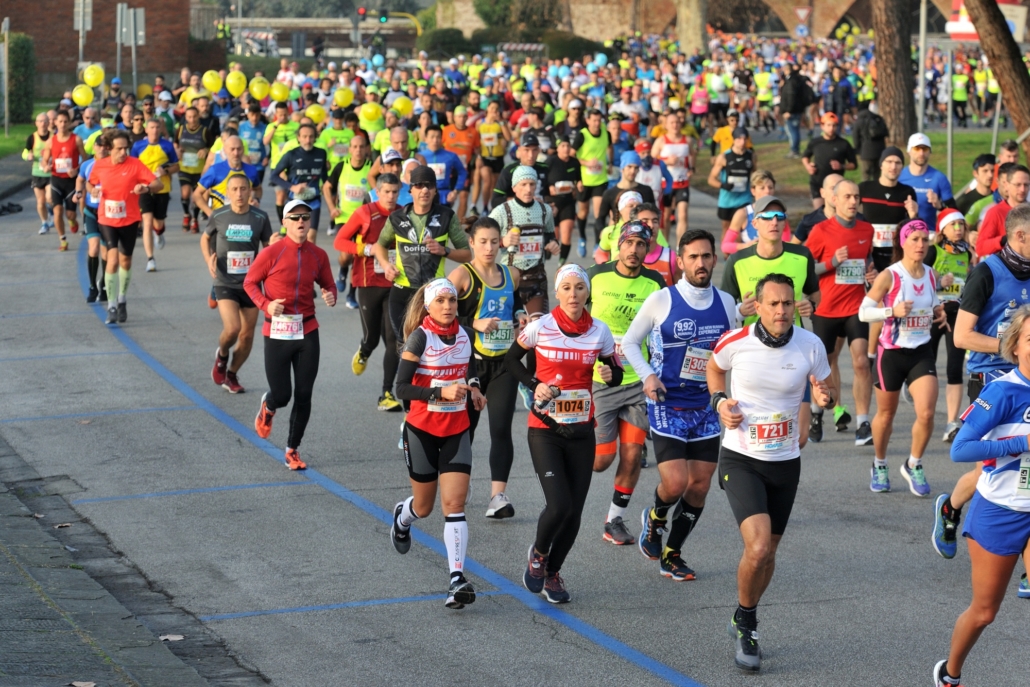 PISA –  Jilali Jamali is originally from Morocco but lives in Italy and he is the winner of the 21st Cetilar Maratona di Pisa. 2h22’49” his final time just below the Leaning Tower. This after winning the challenge with Kenyan Joash Kipruto Koech (Atl. Potenza Picena), arrived in 2h24’38″ with a delay of 1’49”. Italy gets on the podium thanks to Roberto Graziotto (Tornado) with a time of 2h26’26″, not far from his personal best time of 2h25’55″ made in Padua last April.

Nikolina Sustic made her personal best time for a marathon distance in April, and today the Croatian smiles again because she celebrates the third consecutive victory at the Cetilar Maratona di Pisa. For the world ultramarathon 100km champion there is also a good time to write in the gold book: 2h40’22”, which is also her best time on the streets of Pisa. “I reached the 21st kilometer in 1h17’29”, with an average of 3’40” per kilometer, after which I slowed down and managed the advantage over the second to go on and win. It closes this year where I run only one 100km, the Passatore one, that I won, and where I ran many marathons. I don’t even remember how many.“ 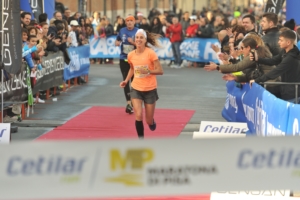 The second place of the female podium was won by the Finnish Annemari Kiekara with a time of 2h41’20”, exactly one minute from Sustic, and the third one by the Czech Petra Pastorova in 2h45’35” (last year she arrived fourth in 2h49’24”). It was not a good day for the Hungarian Tunde Szabo, second in both 2017 and 2018, behind Sustic, but only fourth in this edition with a time of 2h48’53″. The first Italian was Maurizia Cunico (Atl. Casone Noceto) in 2h51’13.

At the same time the Pisanina Half Marathon was ran; and also in this race foreign runners stood on the podium to underline the strong internationality of the Pisan event.

The Swedish John Borjesson won in 1h06’08”, beating the time of Barcelona Half Marathon in 2016. Second and third on the podium the British Jim Allchin and the Italian Gabriele Bacchioni (Tornado) The Maltese Lisa Marie Bezzina celebrates her third consecutive victory in Pisa Half Marathon with a time of 1h17’49”, setting the new Malta’s national record. Second place for Elisabetta Beltrame (LBM Sport) in 1h17’48″ and, to follow, another Maltese runner, Joelle Cortis (1h20’29″).

BAPTISM – Anita Zanatta and Andreea Lozinca, who are part of the ‘Trail Twin’ Group, both athletes of the Hoka One One team, started a few minutes before the official start. Andreea, with her prosthetic leg, along with Anita and other friends, ran a few kilometers before appearing happy and excited on the finish line. It was the baptism with a race, but only the beginning of a new challenge that will surely see them as protagonists at the Cetilar Maratona di Pisa next year.

SIGN UP
Cetilar Maratona di Pisa: the official medal of the 21st edition

Cancelled the 2020 of Maratona di Pisa
Scroll to top